As the winter months creep closer, one church in the Poconos is opening its doors to those who have nowhere to keep warm at night. 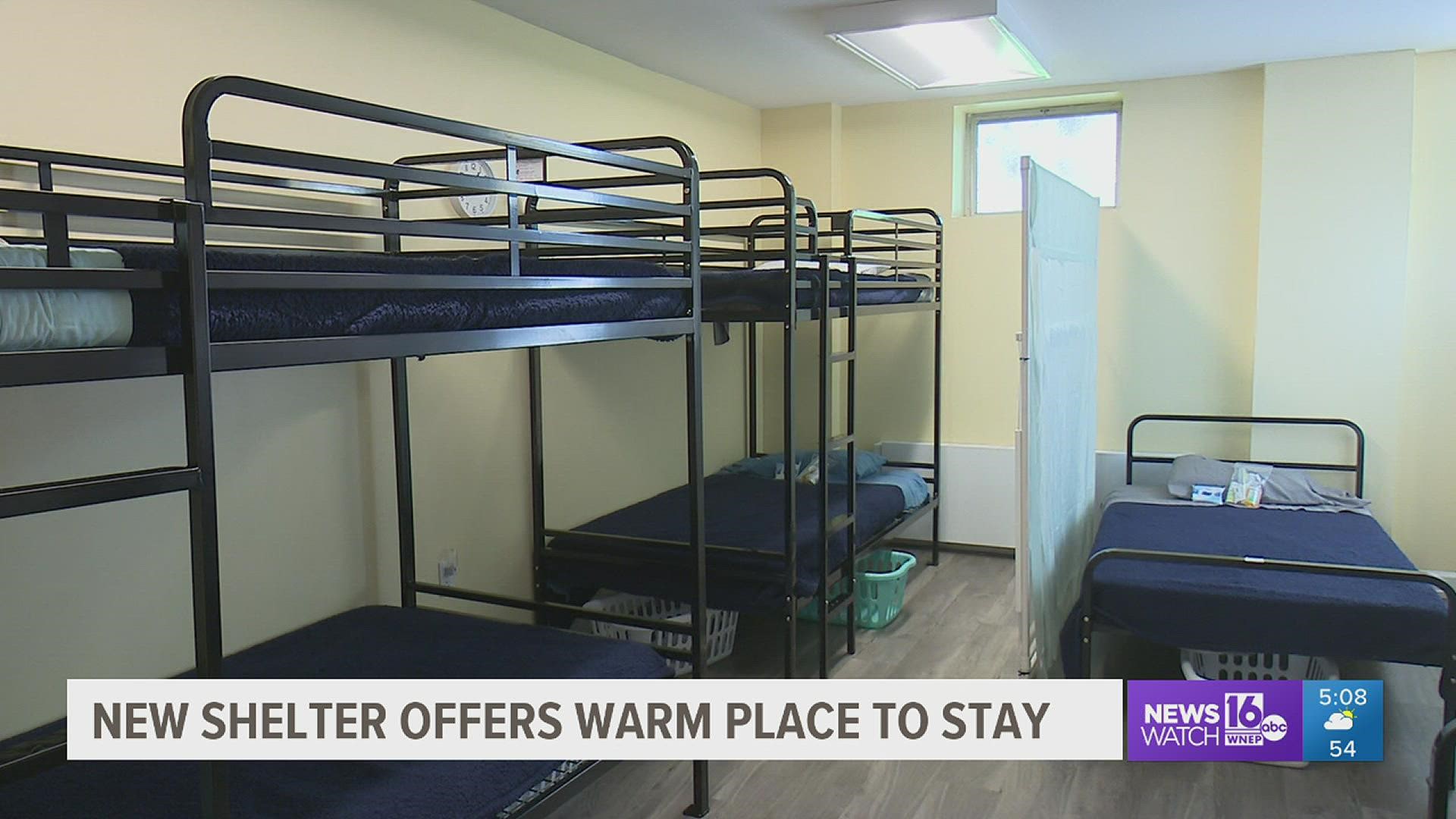 STROUDSBURG, Pa. — Pastor Lynda Keefer remembers hearing a story from one of the volunteers at the shelter inside Stroudsburg Wesleyan Church.

“They got a knock on the door about 11 o’clock at night, and there was a gentleman that didn’t have anywhere to go. So they let him in, and he stayed, and said, ‘if you hadn’t opened the doors, I would’ve died tonight.'”

Stories like that one are why the church has not only kept the shelter going for nine winters but decided to make it better.

After almost three years of renovations, the new cold-weather shelter is officially open for the season.

Shelter manager Fred Freeman remembers when it was just cots set up in the church’s gym.

“Six years ago, the way the shelter was, the resources we had, are nowhere near what we have today. It’s just an amazing transformation,” said Freeman.

“So we created this space with a kitchen, a shower that’s as good as any hotel, and dormitory-style beds for men and for women,” said Pastor Dana Antal.

Pastor Antal says it was important to make the shelter feel more like a home.

The shelter will, of course, be available for emergencies, but the goal is to provide more long-term solutions for the guests.

“When they come in, the [volunteers] almost become like their family, and their advocates and the ones who say, ‘Here’s where you’re gonna sleep, but what are you doing tomorrow?'” said Pastor Antal.

“There’s nothing more fulfilling than us than to see someone who has been in the shelter get out and get a job, get housing,” said Freeman.

The cold weather shelter is open now through the end of March.